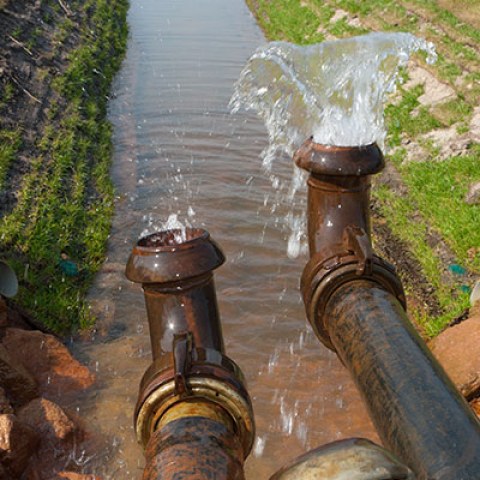 Significant efforts have been spent on implementation of the Sustainable Groundwater Management Act (SGMA). Supervisor Vito Chiesa, Stanislaus County Board of Supervisors, convened a group in November 2015 to consider the common elements shared by counties. SGMA recognizes several county responsibilities including: the “front door” for well permits, providing backup as the organizing structure for areas that do not “self-form” into “groundwater sustainability agencies”; and to represent groundwater users within the scope of a sustainability agency that have no other agency to represent them. Finally, each county is a principal agency in the integration of land use planning and groundwater management. Given these issues, representatives of most of the eight counties met and discussed convening a process to work on the implementation issues within the water community. A proposal was developed for the staff in each of the counties. However, most of the counties had already become involved in local efforts and the joint program did not come to fruition. It is still under consideration by some; an additional outreach will be attempted to organize around the startup problems under the new law. Nonetheless, California Water Institute did become involved in the formation of a groundwater sustainability agency (GSA) and will use that experience to inform Partnership Board members about the scope of work needed to implement the new law.

At the same time of SGMA rollout efforts, south Valley counties and partners began discussing the formation of a group to take on the responsibility of application to the State for Proposition 1, Chapter 8 funds for water supply projects that have public benefits. California Water Institute hosted an organizational meeting in November 2015 and, subsequently, Tulare County provided the impetus to form a Joint Powers Agency (JPA) of five south Valley counties (Merced, Madera, Fresno, Tulare and Kings) and develop the necessary initial funding and support to apply for funding for Temperance Flat on the San Joaquin River. That project was already in the final stages of the “feasibility report” process by the U.S. Bureau of Reclamation and was one of the main four projects named under the CALFED Bay-Delta process used for Proposition 1. The San Joaquin Valley Water Infrastructure Authority JPA was officially started in January 2016 and has continued to develop its process. It will submit an application to the California Water Commission in 2017.

At the June 2016 Partnership Board meeting, the California Water Institute presented an item on prioritizing future Partnership water efforts. After a panel presentation on the need for drinking water in the Valley, the Board agreed with the recommendation to make disadvantaged community drinking water the number one priority.